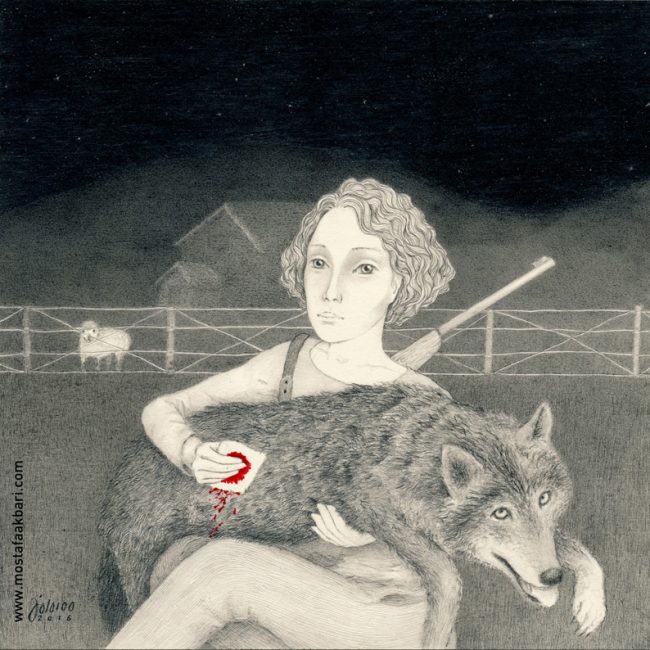 At first, everything began from her eyes, at first glance, I prefered to choose abstraction according to portrait rules. I have drawn the right eye, then took the left one. The eyes have became the owner of nose, eyebrows and mouth.

After that the personality was formed, and then it was our conversation’s time, and there were eyes that became the narrator of their depth look until make an adventure spectacular.

Sometimes our relationship would last for days and weeks and sometimes just in a moment, when the face was completely formed, it was expressing its secret.

I have drawn, from eyes’ secrets

Until you see… until you know

“I will write with the blackness of your two black eyes

On every bank of this garden

There is always a hand waiting for another hand